History of THE chitlin market

A wonderful neighborhood meat market specializing in selling fully cleaned chitlins ready to cook. The market was created and owned by Shauna Anderson and professionally supported and managed by Angela Holmes of Washington, D. C. The Chitlin Market opened in Mount Rainier, MD in 1995 and relocated and expanded to Hyattsville, MD less than one year later. After arriving in Hyattsville and receiving rave reviews from the Washington Post, the customer base exploded.

The Chitlin Market began by selling cleaned chitlins and expanded into selling fully prepared foods-ready to cook along with their accompaniments such as crab imperial, roasted chicken, corn pudding, red beans, and smoked sausage and collard greens.  After 5 years at that location, The Chitlin Market expanded into a small café after Shauna Anderson purchased a building on Ager Road in Hyattsville, MD for local pickup orders.  The Chitlin Market has been featured on many local and national media events. 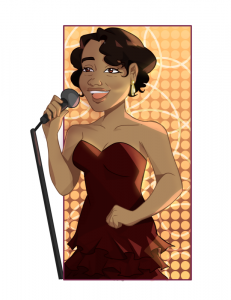